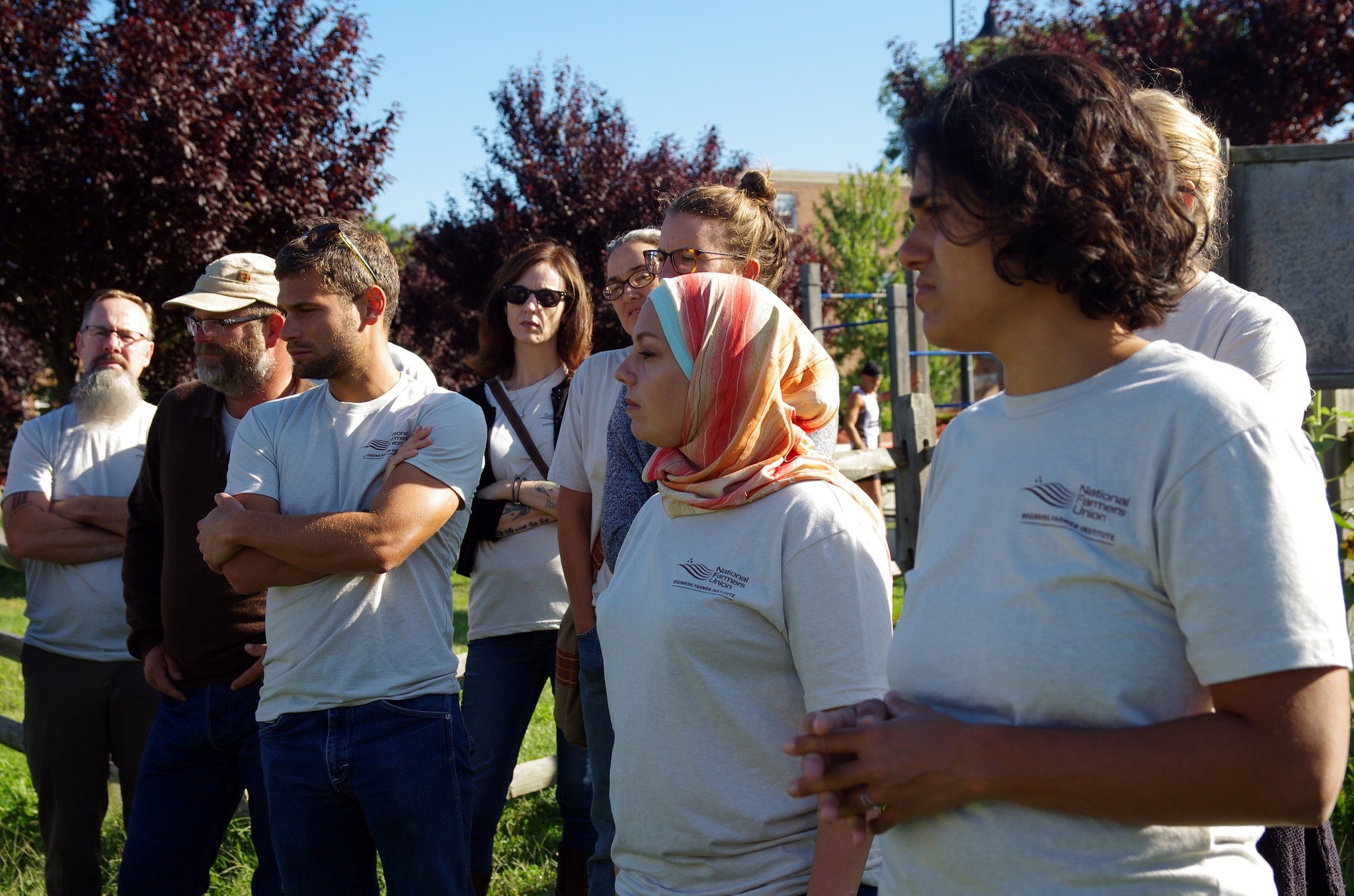 The demographics of American agriculture tell it all. Fully 57 percent of the nation’s 3.2 million farmers are within 10 years of retirement age or older, according to the 2012 Ag Census. That means agriculture will see a huge transition in the next decade as retiring farmers and ranchers turn over the reins to new and beginning farmers.

That’s why National Farmers Union (NFU) started its Beginning Farmer Institute (BFI) program to provide tomorrow’s agricultural leaders with the precise skills they will need to succeed on the farming operations they will soon be running.

“The influx of new farmers is a welcome sign in an occupation as critical as food, feed and fuel production,” said NFU president Roger Johnson. “Now we just need to make sure that they have the tools needed to succeed in today’s fast-paced business environment.”

BFI participants receive hands-on training by experts from across the U.S. through sessions hosted in Washington, D.C., California and Washington State. The training focuses on critical skills needed by beginning farmers and ranchers, including business plan writing, financial planning and leadership development. The program also includes tours of local farms and cooperatives, and participants have many opportunities to network with successful producers.

Farm Credit has partnered with NFU from the beginning of the initiative, when it helped to create the program’s curriculum, and continues to support BFI today.

“Farm Credit proudly supports BFI and the training it offers students about basic business planning, as well as governance, ethics and fiduciary responsibility for farm and community leaders,” said Gary Matteson, the Farm Credit Council’s vice president of young, beginning and small farmer programs and outreach. “We’re committed to do our part to help the next generation of farmers and ranchers become better businesspeople, and we encourage them to use those skills as rural community leaders.”

Agriculture diversity is an emphasis of the BFI. Participants in the 2018-2019 class hail from a variety of operation types, ranging from two-acre diversified vegetable farms to large grain operations. Women and veterans have been some of the most active participants in the program’s history, representing more than 60 percent of the 96 beginning farmers who have completed the program and 14 of the 20 participants announced for this year.

“Ensuring American agriculture lies in the hands of a well-equipped next generation of farmers and ranchers is a top priority for Farmers Union and we are proud to offer an educational program that continues to represent the geographical and production diversity in agriculture,” said Johnson.