As the more than 20 million veterans living in the U.S. transition to civilian life, many choose a profession in agriculture.

Some return to family farm operations and others strike new ground. Whatever their situation, Farm Credit is committed to helping them succeed and our efforts take a variety of forms.

Farm Credit’s farmer veteran customers
Farm Credit recognizes that veterans can face many challenges as they transition from military back to civilian life and begin to farm. That’s why we have partnered with the Farmer Veteran Coalition (FVC), an organization dedicated to supporting veterans working through this process.

FVC helps veterans returning to farm with everything from financing to marketing. Through training programs, incubator farms and a strong network of experienced farmer veterans, FVC cultivates a new generation of farmers and food leaders, developing viable employment and meaningful careers for those who have served our country.

To aid in this effort, the FVC partnered with Farm Credit to develop the Homegrown by Heroes program – a voluntary marketing label available to farmer veterans. Developed by the Kentucky Department of Agriculture in January 2013, the Homegrown by Heroes label has been administered nationally by FVC since Veterans Day of the same year. With Farm Credit’s support, the program has expanded to include more than 1,100 members in all fifty states and Puerto Rico. 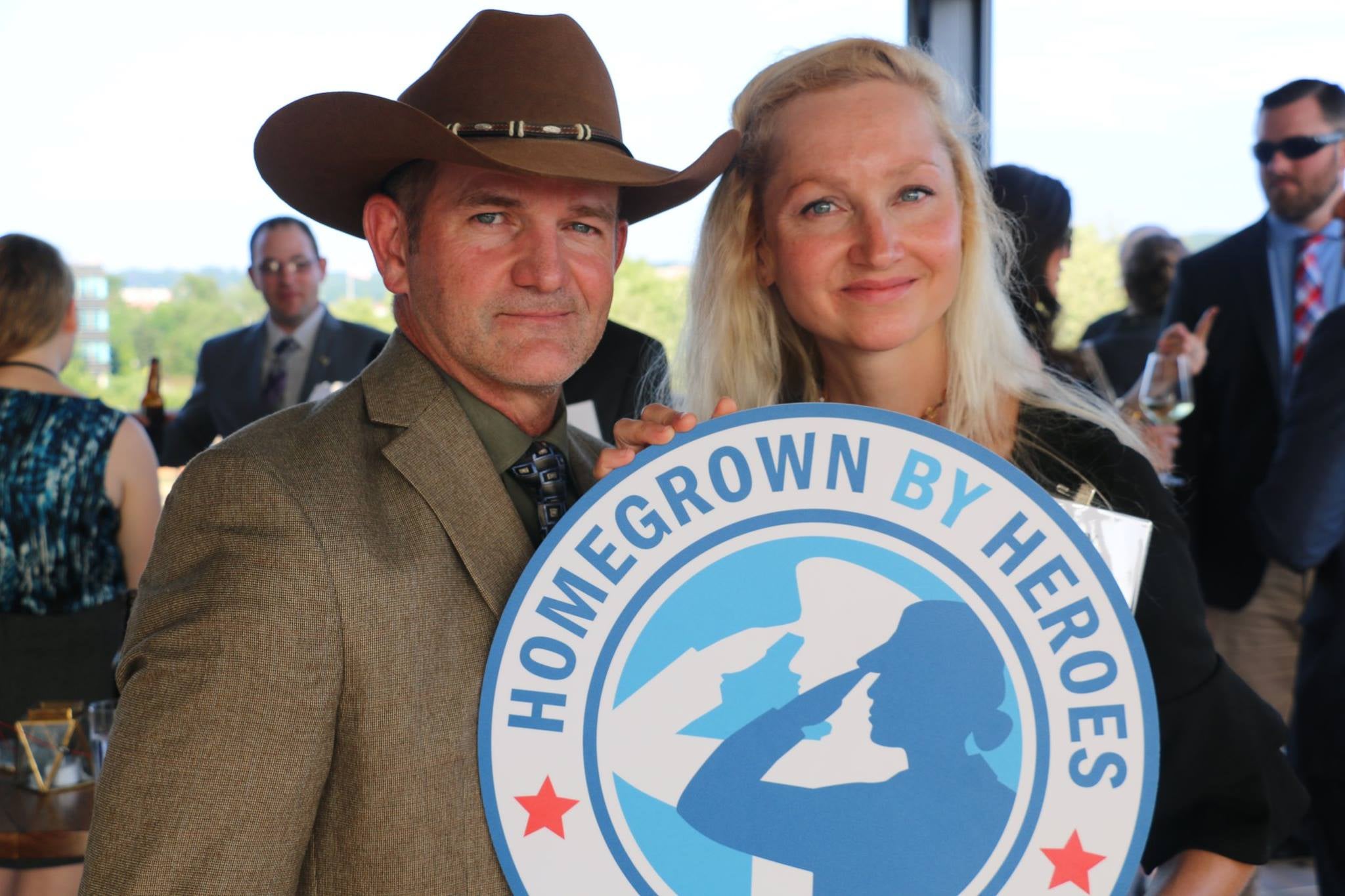 “Farm Credit has given us a tremendous amount of support,” said Michael O’Gorman, chief agricultural officer and founder of the Farmer Veteran Coalition. “Not just funding -- they’ve also provided staff time and expertise at the national level, and local Farm Credit associations actively support our programs and our veterans.”

Farm Credit also invited farmer veterans from across the country to Washington, D.C. on July 11, 2019 to share their stories with lawmakers on Capitol Hill. In addition to a briefing with House Agriculture Committee Chairman Mike Conaway, four farmer veterans also shared their journeys during a panel discussion at the Senate Agriculture Committee. These heroes were joined by five members of Congress who celebrated the service farmers and veterans provide to our country.

Farm Credit’s veteran employees
Farm Credit’s commitment to farmer veterans extends beyond the farm. Many Farm Credit employees are military veterans themselves, and for them, supporting veterans in agriculture is a natural extension of their service to our country. In May 2018, Farm Credit Services of America (FCSAmerica) and Frontier Farm Credit celebrated Military Appreciation Month and their military veteran employees with a special event spanning their service territory in Iowa, South Dakota, Wyoming, Nebraska and Kansas.

Chris Obermeyer, a veteran and vice president of credit operations at FCSAmerica, hosted a panel discussion featuring his Farm Credit colleagues who served in the armed forces. The event also garnered a special appearance by Rep. Don Bacon of Nebraska

Since 2017, CoBank has joined forces with No Barriers USA, a Colorado-based nonprofit organization, to create a program that honors the men and women from rural America who have served in the U.S. military and returned home with various forms of service-related disabilities.

CoBank customers throughout the country nominate veterans from their rural communities to participate in a CoBank-sponsored No Barriers Warriors expedition in the Colorado wilderness. The nominees ranged in age from their late 20s to nearly 80 years old, and served in all branches of the armed forces. The expedition tested these veterans, challenging them to tackle demanding activities like white water rafting, rock climbing and trekking.